The Basics of Slate Roofing Maintenance

While slate roofs last longer than any other type of roof, they too eventually begin to deteriorate. The first thing to wear out are usually the nails which fix the slate tiles to your roof; slate roof tiles also eventually wear out but unless the slate is of very poor quality, it will easily outlast it’s fixings. You will be able to observe this deterioration by seeing slate beginning to slip.

There are many factors which determine how quickly this deterioration will occur such as the pitch of the roof, the prevailing weather conditions and of course the type of nail used. The recommended and premium nail to use on slate tile roofs are copper clouts as they do not rust, unlike galvanized nails. Using copper clouts can double or treble the life of a slate roof as opposed to using galvanized nails.

Many older slate tile roofs in Sydney have not been fixed with copper clouts which can lead to a situation where the actual slate is still in good condition and yet the deterioration of the nails have affected the integrity of the roof to such a degree that it needs to be replaced. In such a case one would undertake a slate tile roof 'renail'. This is more or less exactly what it sounds like. One simply removes the slate tiles and any deteriorated batten and then renails those same slate tiles, replacing any rotted battens at the same time - one would also provide good quality, matching second hand slate tiles to replace any of the original ones as needed. 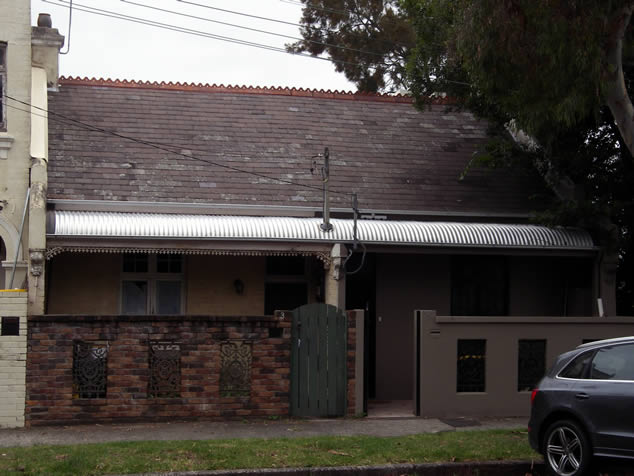 Before the above type renail takes place one would of course need to weigh the pros and conns and of using your existing slate against the option of merely replacing the whole lot. At Ranger Roofing we will discuss all options with you so you are fully informed and able to make any decision with confidence.